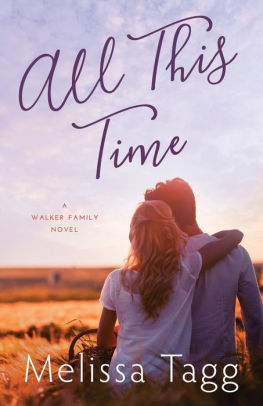 All This Time (Walker Family Book 4)

Ten years ago, Bear gave up everything—his freedom and his reputation—for his mess of a family. But after years of distance and too many attempts at starting over, he finally has a new life doing noble work in Brazil . . . until his past catches up to him once again. Suddenly he finds himself back in Maple Valley, charged with the care of his missing brother’s children, convinced he’s out of second chances to make his life count. And yet, with every day that passes, these kids, this quirky town and the woman he never stopped missing help patch the holes in his heart. Maybe this is the fresh start he’s been longing for all along. But as his newfound hope grows, so does the mystery surrounding his brother’s activities—and when the threat reaches into the lives of those he loves, it’s clear he can’t run away this time.

Raegan Walker is fine. She’s happy working a slew of part-time jobs, still living in her childhood bedroom and rarely venturing from her hometown. At least, that’s what she tells everyone . . . and herself. But she can’t help wondering what might’ve happened if she hadn’t abandoned her art so many years ago—and if Bear McKinley had never left. When Bear returns and she’s commissioned for a painting that just might revive her artistic ambition all in one week, it’s time to finally reach for more than fine. But doing so means facing the fears that have held her back all this time, including admitting the secret she’s kept from Bear and her family. With her dream and her heart on the line, how much will Raegan have to risk to finally chase her happy ending?

What a beautifully moving book. All This Time by Melissa Tagg exemplifies Christian contemporary romance at its finest. With themes of redemption, grace, love, and faithfulness, Tagg spins a story that is equally reminiscent of her trademark writing style of which so many of us discovered her novels and her newfound freedom in writing books for the independent market. Humor abounds in heroine Raegan Walker, whose love for the artistic is embedded in everything she does and is. Deep and wounded hero Bear McKinley is the hero all female readers love to love. Where Tagg stands out in All This Time is delving deep into the painful and heart-wrenching stories these two characters have lived–and all too often, what readers experience in our day-to-day lives. With freedom to explore these deeper and heart-wrenching subjects that CBA publishing houses typically restrict, Tagg is able to fully gift her readers with God’s truth, grace, and love. This book will speak to readers long after they close its final page. 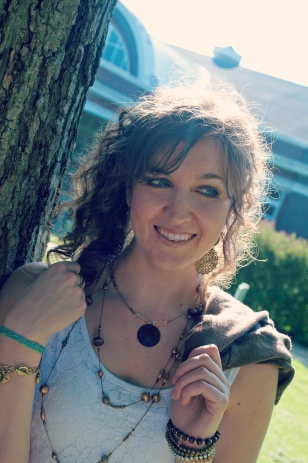 Award-winning author Melissa Tagg is a former reporter, current nonprofit grant-writer and total Iowa girl. The second book in her popular Walker Family series, Like Never Before, was named to one of Publisher’s Weekly’s Spring 2016 Top Ten lists. Her most recent releases include Keep Holding On (Sept 2016) and One Enchanted Eve (Nov 2016). Melissa has taught at multiple national writing conferences, as well as workshops and women’s retreats. When she’s not writing, she can be found hanging out with the coolest family ever–not that she’s biased–watching old movies, and daydreaming about her next book. Melissa loves connecting with readers at her website and on Facebook and Instagram.

One thought on “Novel Review: All This Time by Melissa Tagg”